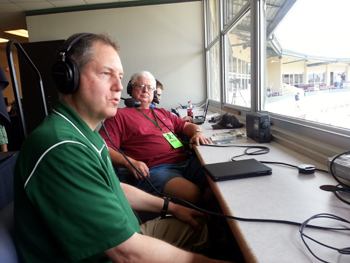 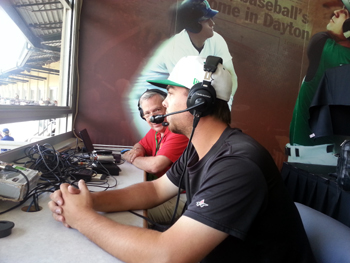 The Dayton Dragons is Dayton's professional minor league baseball team.  Ever since the first game, home games have all been sell outs.  In July, 2013 Information Radio took a trip to a home game and was able to speak with representatives of the front office, broadcast crew and Dragon's pitcher Drew Cisco.  Information Radio's Noel Baldwin and Norm Schrein take a trip to the Dragon's press box to provide the program. 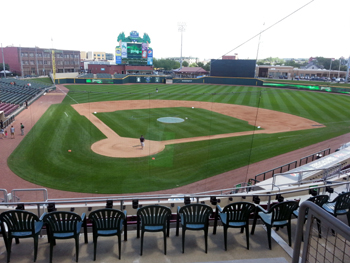 5/3 Field prior to game time

Listen to Info Radio's trip to the Dragons 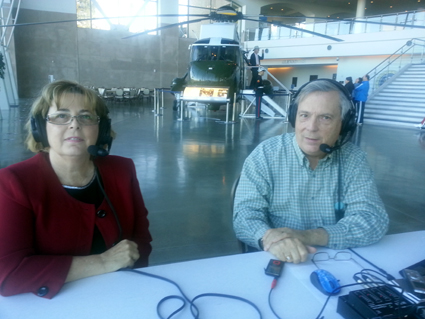 In a storied career that spanned more than five decades, Ronald Reagan inspired Americans to act and achieve even more than they imagined. His legacy thrives at The Reagan Library where events and exhibits rediscover his values, actions and spirit of determination.

Perched atop a hill with sweeping views of the southland, the Reagan Library is one of California's most beautiful and unique destinations.

Information Radio visited the library on December 1st, 2013 and we were able to speak with Carol Cohea, one of the staff members at the library.  Listen to this informative program on the Ronald Reagan Presidential Library by clicking on the link below.

Norm Schrein speaks with Carol Cohea at the Reagan Library

Listen to our broadcast from the Reagan Library

Information Radio heads out to find out what is new not only in Amateur (Ham) Radio, but other electronics as we talk about all aspects of radio with those in the know.  The Broadcasts were originally recorded at the Hamvention and then aired on June 3rd, 2012.  We spoke with a representative  from C Crane Company, QSO Radio Show, ARRL, Gordon West Radio School, Whistler, Win Radio, Ham Test on Line, Alinco and the American Legion Radio Club.  Pick an interview from the links below and learn what is happening not only in amateur radio, but the great electronics hobby. 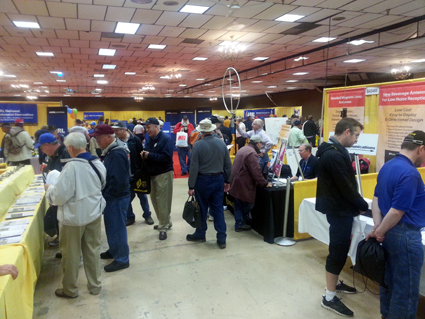 Information Radio takes another trip to the Dayton Celtic Festival which was held at Riverscape Metropark in downtown Dayton.

Here we had a chance to speak with event organizers as well as entertainers.

Listen now to this replay of our live broadcast from the 2014 edition of Celtic Fest.

Listen to the 2014 Celtic Fest by clicking here 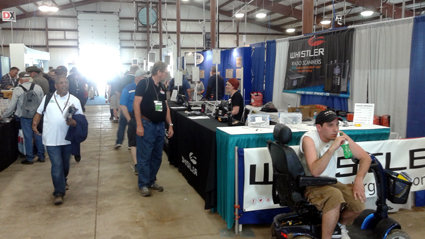 ntgomery County.  With the demise of Hara Arena the show was forced to look for  new home and found it at the Greene County Fairgrounds in Xenia, Ohio.   Information Radio's intrepid reporter Norm Schrein spent the weekend at the fairgrounds talking to all sorts of people involved in the amateur radio hobby.  Click on any of the links below to listen to the interviews. 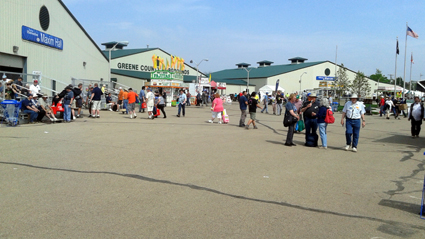 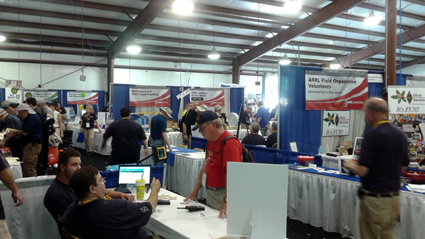 The Dayton Hamvention 2018 was held at the Greene County Fairgrounds in Xenia, Ohio on May 18, 19 & 20th of 2018. Exhibitors included ham radio manufacturers and retailers. Also included was a large outdoor flea market with all sorts of electronics. Information Radio 1660 was on hand to broadcast from the show as well.  The links below will allow you to listen to the interviews we did during Hamvention 2018.

Watch a short video of the 2018 Hamvention

Back to Home Page